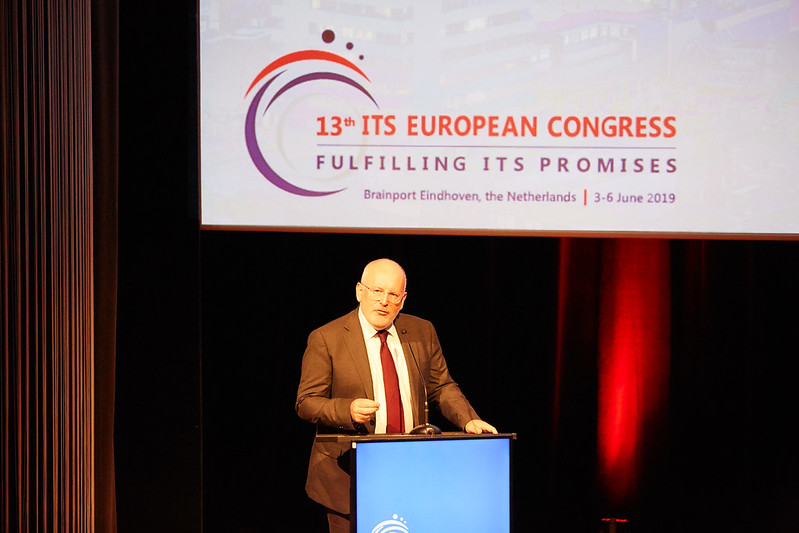 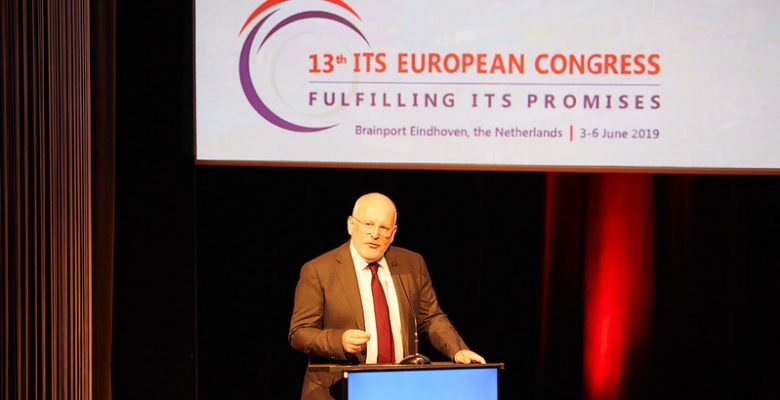 On 3 June 2019, the 13th ITS European Congress kicked-off in Eindhoven, The Netherlands. At the opening ceremony, both Cora van Nieuwenhuizen, Dutch Minister of Infrastructure and Water Management, and Frans Timmermans, First Vice Chairman of the European Commission, underlined the importance of collaboration between all different stakeholders.

Ms van Nieuwenhuizen focussed on cooperation between public and private stakeholders, welcoming that competing companies are increasingly sharing data in their research and development efforts. She also insisted on taking consumer protection into account when developing and deploying new technology.

Mr Timmermans mentioned as an example of good cooperation the triple helix model of innovation in the Brainport region, i.e a set of interactions between academia, industry and governments, to foster economic and social development. He also underlined the need for support from citizens, who need to see that sustainability is in their interest and a contribution to everyday life, not only for only those who can afford a high-end car. Looking at the future, he stressed that 5G technology is key to enable innovation. He also underlined that the energy issue is a major element of future sustainable transport policy: according to him, the focus should not only be on solar and wind sources and mentioned as an option the use of hydrogen as an energy carrier.

The opening session speakers unanimously agreed that there is a high demand for innovation coming from consumers. They recalled that one of the main challenges in ITS is paving a way that allows the deployment of the technology with a view to reaching out to a broad proportion of society.

During the ITS European Congress, FIA Region I presented several of the research and innovation projects it is involved in such as ARCADE, AUTOPILOT, CAPITAL, C-MobILE, and ELVITEN. On Wednesday 5 June, FIA Region I also moderated the IMPACT Connected Car session “How the EU is supporting Innovative start-ups”.