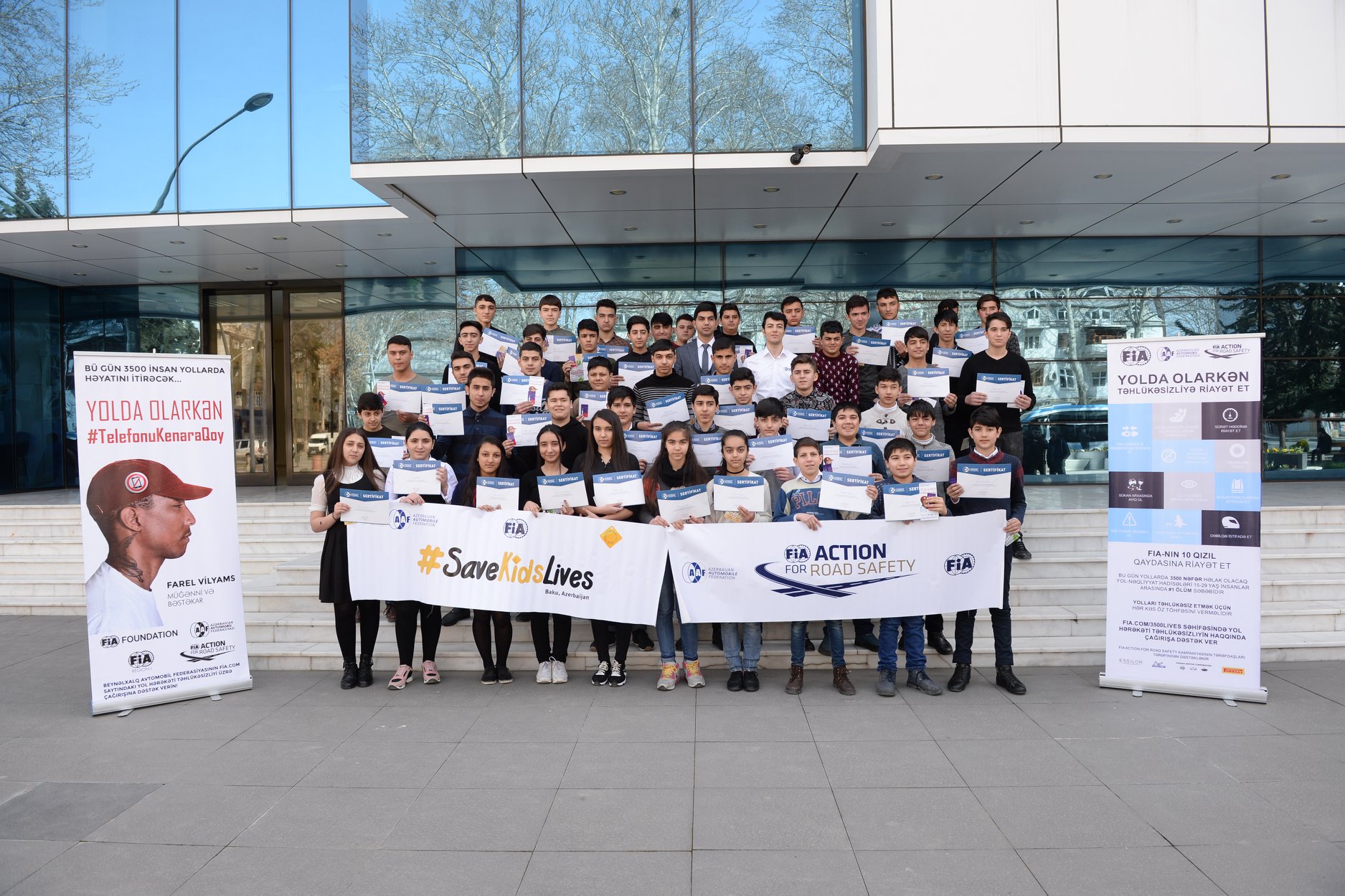 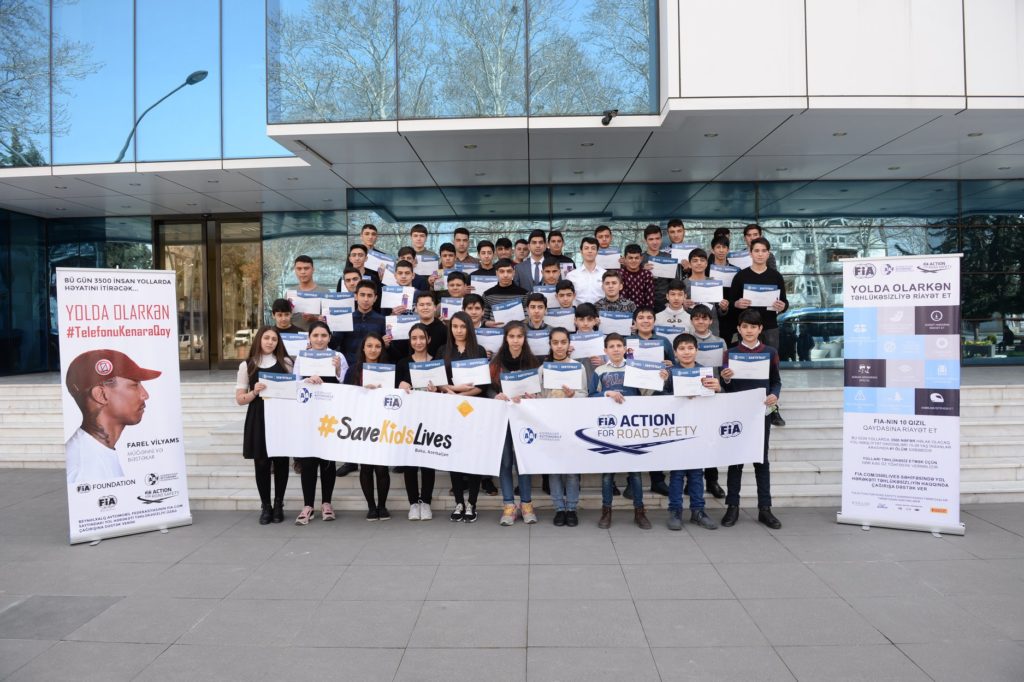 The Azerbaijan Automobile Federation (FAA) took the #ParkYourPhone campaign to over 1,000 high schools throughout Azerbaijan. The FAA’s experts led seminars on the dangers of using smartphones while on the road – as a driver and pedestrian. The seminars also touched on general road safety, equipping the next generation with the tools they need to be safe in traffic.

By targeting the campaign at teenagers, the FAA’s goal was to target children that have smartphones and will be getting their license in the near future. The Club hopes to improve future driver behaviour by offering this early education on road safety. Each seminar had a maximum of 50 children, meaning that tens of thousands of children received the campaign’s messages.

The FAA made use of the #ParkYourPhone materials and the children received certificates following the seminar to highlight the importance of the content. The campaign was successful with a key achievement being that the FAA reached children outside of cities, an often neglected section of the population.