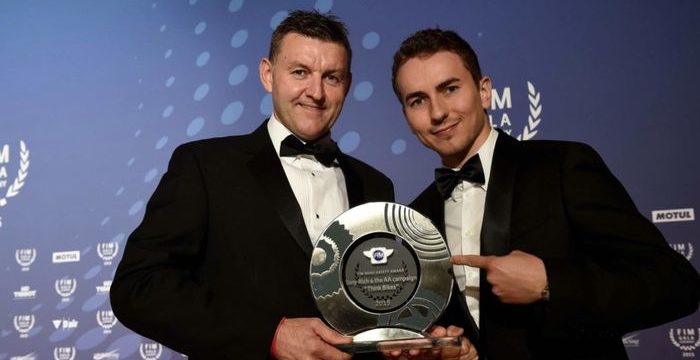 The Think Bikes campaign and its originator, Tony Rich, were awarded the FIM Road Safety award. The award recognises associations, individuals or organisations that have made an outstanding contribution to motorcycling safety on the road.

Tony Rich was nominated by President Edmund King of the Automobile Association of the UK. Tony devised the concept for the “Think Bikes” campaign to sensitise drivers to make use of the side mirrors to watch out for cyclists and motorcyclists. The importance of the side mirror is known to professional drivers – but frequently forgotten by many motorists. The campaign was up by FIA Region I and extended across Europe, the Middle East and Africa. The launch of the international campaign took place early in 2015 in Brussels, supported by members of the European Parliament and the FIM.