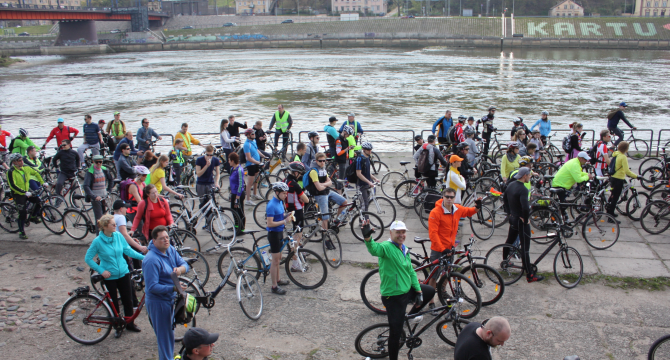 The Association of Lithuanian Automobilists (LAS) launched the Lithuanian Think Bikes campaign promoting it in several events around the country.

On April 23, cycling enthusiasts cleaned up a bike path in Kačerginė, and 500 stickers were given to drivers in this event.

On 25 April, a cyclist parade took place in Kaunas city, organised together with Babilonas, the first Lithuanian hotel oriented for cyclists. More than 1500 stickers were given away during the event.

LAS continues distributing stickers in karting and slalom drive events. It has also received the interest of motorcycle clubs, with one club willing to send stickers across the border to Latvia.