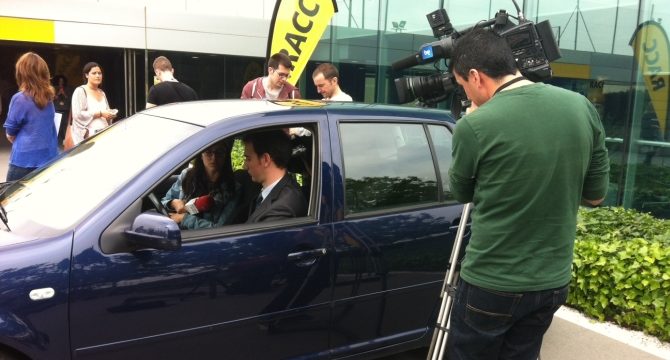 On 7 May, the RACC held a press conference and demonstration event to raise awareness of the common scam of odometer manipulation, more commonly known as mileage fraud. It impacts the used car market where a vehicle’s price can artificially increase by thousands of Euros. The RACC launched a report on mileage fraud which estimates that the cost to consumers is 343 million Euros a year and 10,000 million Euros a year in Europe.

Mileage fraud takes place when a vehicle’s odometer has been tampered with to lower the number of kilometres a car has been driven. The crime of mileage fraud affects the public at large, by artificially elevating the cost of used vehicles, sometimes by thousands of Euros. Devices that can perform mileage fraud are available for purchase online for as little as 150 EUR and do not require special technical expertise. Fighting mileage fraud in one country often ends up shifting the problem to neighbouring countries, meaning that an international solution must be found.