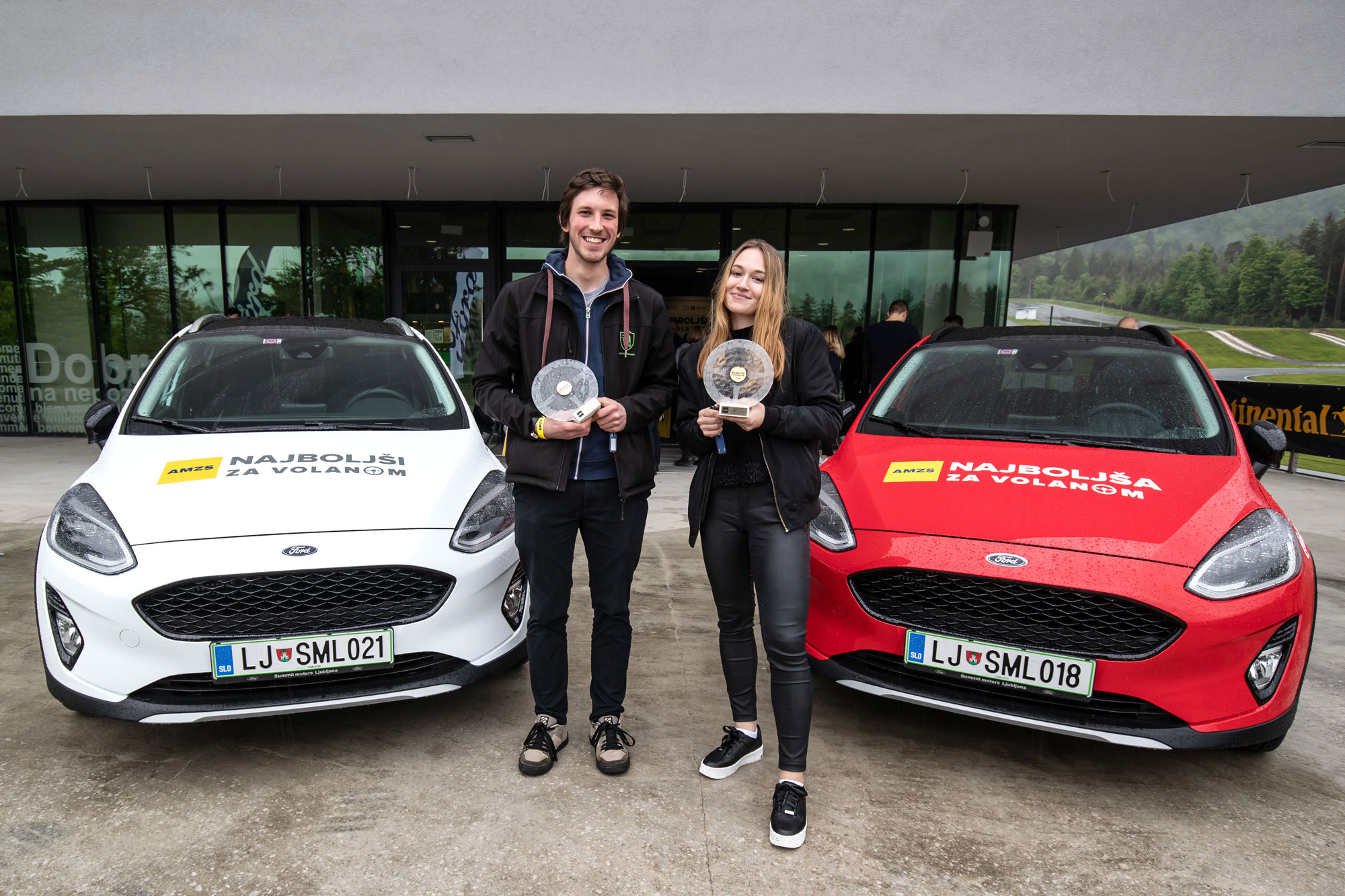 For the third year in a row, AMZS organised the Best Young Slovene Driver competition. More than 3300 drivers took part in the competition, around 300 more than the previous year.

This year’s competition introduced two separate categories, one for female and one for male participants, to encourage female drivers participation. As a result, the share of female young drivers that filled in the online questionnaire was 40%, which is very promising.

Via the online questionnaire, AMZS selected 50 young men and 50 young women for the semifinal at its Safe Driving Centre Vransko, where participants had to show their practical driving skills. Finally, the best 10 young men and the best 10 young women qualified to the grand finale at the beginning of May. After a tough competition, Laura Cerovšek and Luka Gril won this year’s title and were awarded a Ford Fiesta to use for one year.

Laura and Luka will represent Slovenia in the International Best Young Driver Challenge, which will take place on 18 October 2019 at AMZS Safe Driving centre Vransko. The event will be organised together with UAB, PZM, and AMSS, with the support of FIA.

The creation of an international Best Young Driver competition is a great achievement for AMZS. It contributes to raising road safety awareness beyond national borders. Also thanks to the  FIA Region I road safety innovation award, AMZS hopes other Clubs will decide to develop similar projects.