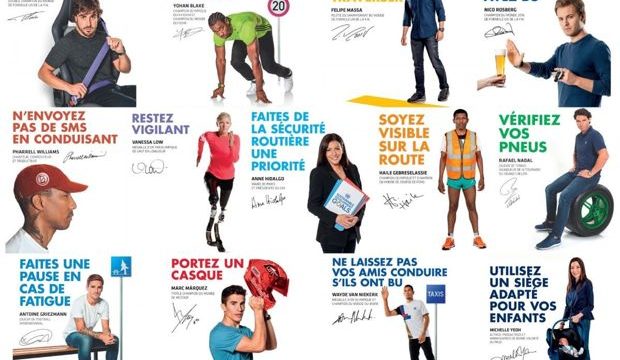 On 10 March, the President of the Fédération Internationale de l’Automobile (FIA), Jean Todt, and Chairman of the Executive Board of JCDecaux, Jean-Charles Decaux, were in Paris today to launch the first worldwide outdoor campaign on road safety. Supported by famous ambassadors, the campaign promotes simple and universal messages to save lives on roads. Road crashes are responsible for 3,500 deaths a day worldwide.

Through its tagline “Sign up, stay safe, save lives”, this campaign underlines the role that anyone can play to make road safer for all users. Members of the public are also invited to sign a ten point manifesto, which calls on all governments to make road safety a priority and introduce effective legislation on key risk factors on the road.

Translated in 30 languages, the campaign #3500LIVES is now live in 30 cities worldwide and will be rolled out in more than 70 countries by the end of 2017. It is estimated that during the launch phase the campaign will be seen 1 billion times.