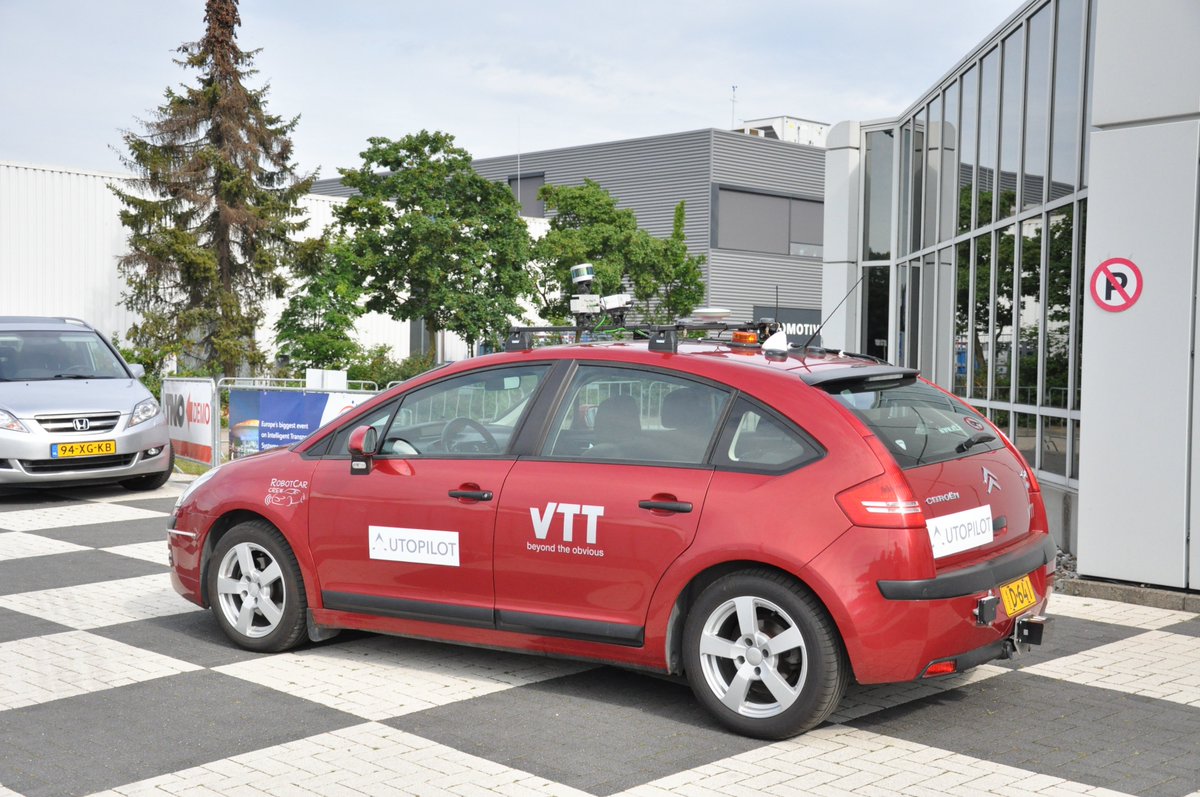 At the 13th ITS European Congress, the EU funded project AUTOPILOT conducted two public demonstrations. As the leader of the evaluation of user acceptance within the project, FIA Region I contributed to the organisation of the user evaluation activities, collecting the feedback of the 46 users that witnessed the demonstrations.

The Urban Driving demonstration, organised by VTT, involved a course with a traffic light which used IoT to signal the car to stop. Further down the drive, the car recognised a vulnerable road user standing in the middle of the road and stopped at a safe distance.

The Automated Valet Parking demonstration, organised by NEVS, showcased the drop-off and collection of a passenger on the company premises. After arriving at the entrance of the office building, the driver was able to have the vehicle to autonomously drive to and return from a remote parking lot at the push of a button. The automated driving functions were complimented by multiple cameras installed on the trajectory, adding to the existing information from the vehicle sensors.

After the demonstrations, FIA Region I collected specialised questionnaires regarding how users perceived helpfulness, usability, and safety of the services.

User acceptance evaluation is pivotal to the success of a service and it involves assessing various aspects such as perceived usefulness, usability, perception of security, and willingness to pay among potential users of the service. FIA Region I leads and works closely with project partners to evaluate user acceptance and validate the findings of each evaluation. User evaluation began in October 2018 and has been ongoing. The five pilot sites have collected 180 user acceptance surveys and will continue to do so until the end of June. The analysis of the results will conclude in December 2019.

More information about AUTOPILOT can be found here.