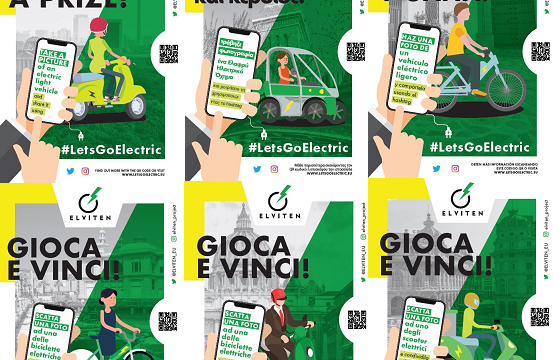 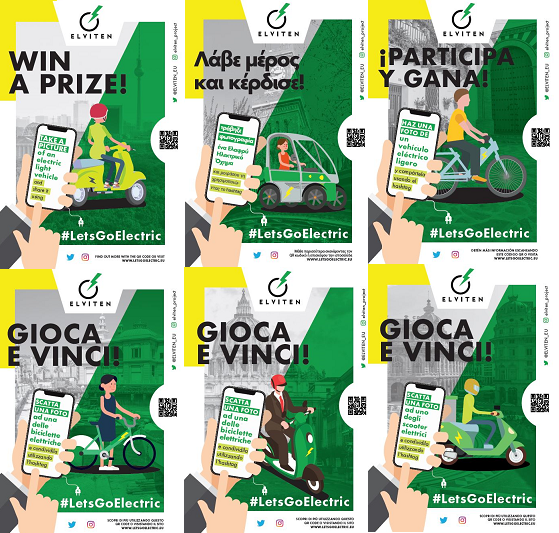 The yearlong ELVITEN demonstrations have taken off in all six of its pilot cities: Berlin, Trikala, Malaga, Bari, Rome, and Genoa.

The aim of ELVITEN is to achieve a mind-shift among users by providing them with a better Electric Light Vehicle (EL-V) experience. In order to achieve this, ELVITEN has launched an awareness campaign using the hashtag: #LetsGoElectric.

FIA Region I participates in ELVITEN through user engagement, communication and event dissemination. FIA Region I has been working closely with the pilot cities and other partners to create a communication strategy plan that ensures the uptake and disseminate results of the ELVITEN project to the widest audience possible. In order to deliver proposed actions FIA Region I has been using its experience and expertise in other successful awareness campaigns such as #SlowDown and #ParkYourPhone.

To participate in the campaign, people are encouraged to upload a photo each time they see an EL-V using the hashtag via Instagram and Twitter @ELVITEN_EU. Pilot cities will select winners and distribute prizes. ELVITEN ambassadors in each city will support the campaign by promoting it among the public. The #LetsGoElectric campaign has four main objectives:

Interested in getting involved? FIA Region I invites stakeholders outside of the ELVITEN project consortium to support the awareness campaign. By joining the ELVITEN Regional Support Groups (RSGs), club members will support the campaign via dissemination on their communication channels along with the campaign hashtag. Supporting members will benefit from increased visibility through the inclusion of company logos on communication material and social media, as well as providing some of the awards for the photo contest.