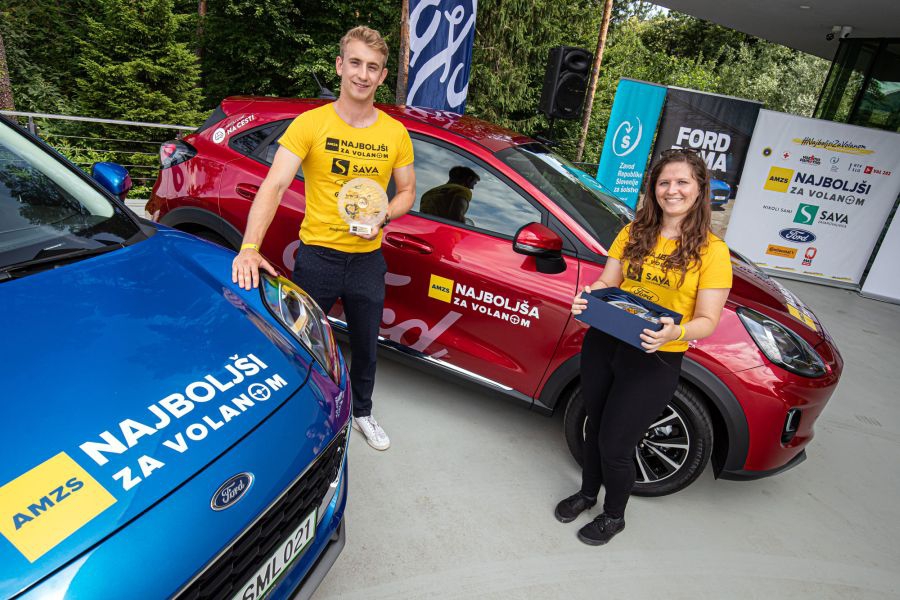 On 29 June, the grand final of the 2020 Best Young Driver competition took place at the AMZS Safe Driving Center in Vransko. The best ten girls and ten boys, who passed the online test and the semifinals, competed for the title of Best Young Driver by testing their driving skills in different exercise, from driving with a light trailer to providing first aid.

Petra Prašnikar and Matej Gorjan won the prestigious title of Best Young Driver and the role of young AMZS safe driving ambassadors. They also obtained the grand prize: for one year, they will be able to drive their own Ford Puma.

Petra and Matej and competitor that took the third place Tomo Dukarić will also represent AMZS in the International Best Young Driver competition, currently scheduled for 17 October 2020, where the Best Young Drivers from Austria, Bulgaria, Poland, Serbia and Slovenia will compete against each other.