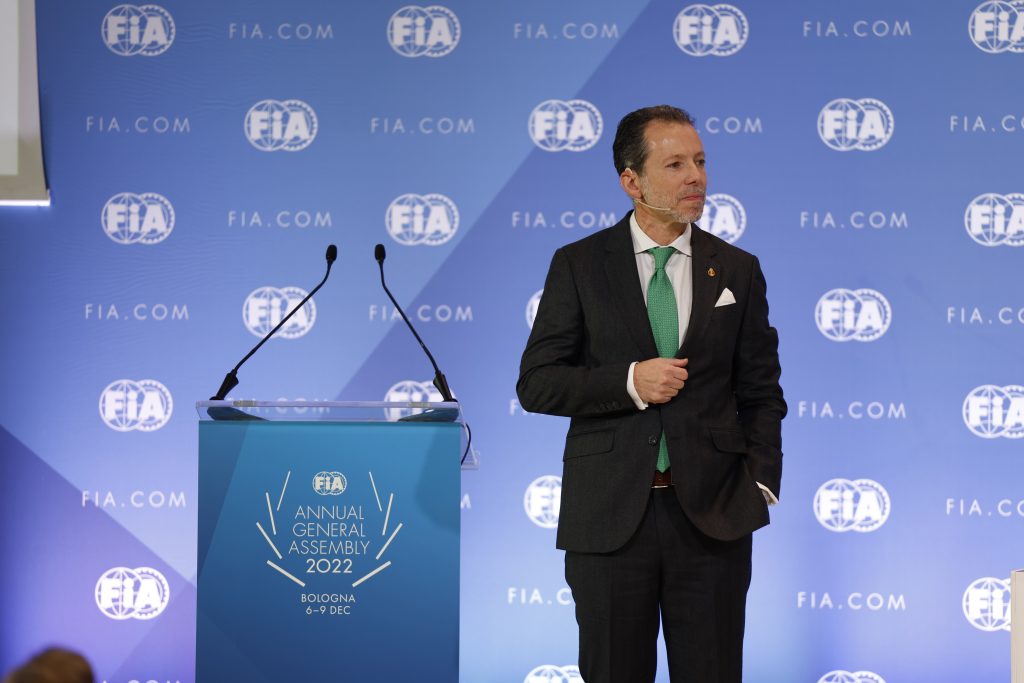 On 7 December 2022, Mr. Jorge F. Delgado was elected as the new FIA Region I President. Mr. Delgado is the CEO of the Royal Automobile Club of Spain (RACE).

Upon his election, FIA Region I President Jorge F. Delgado said “My priorities will be to strengthen the voice of the user within the context of the mobility transition, driving regulatory and private sector engagement, while driving and facilitating Member Clubs’ growth across the Region.”

Mr. Jorge F. Delgado is a telecommunications engineer by trade, and has executive diplomas in General Management from the IESE business school, and Artificial Intelligence from the MIT Sloan School of Management. He is a Trustee of the RACE Foundation, and sits in the governing bodies of the United Nations Institute for Training and Research (UNITAR) – CIFAL Madrid Centre, and the executive and governing bodies of the Jarama racetrack.