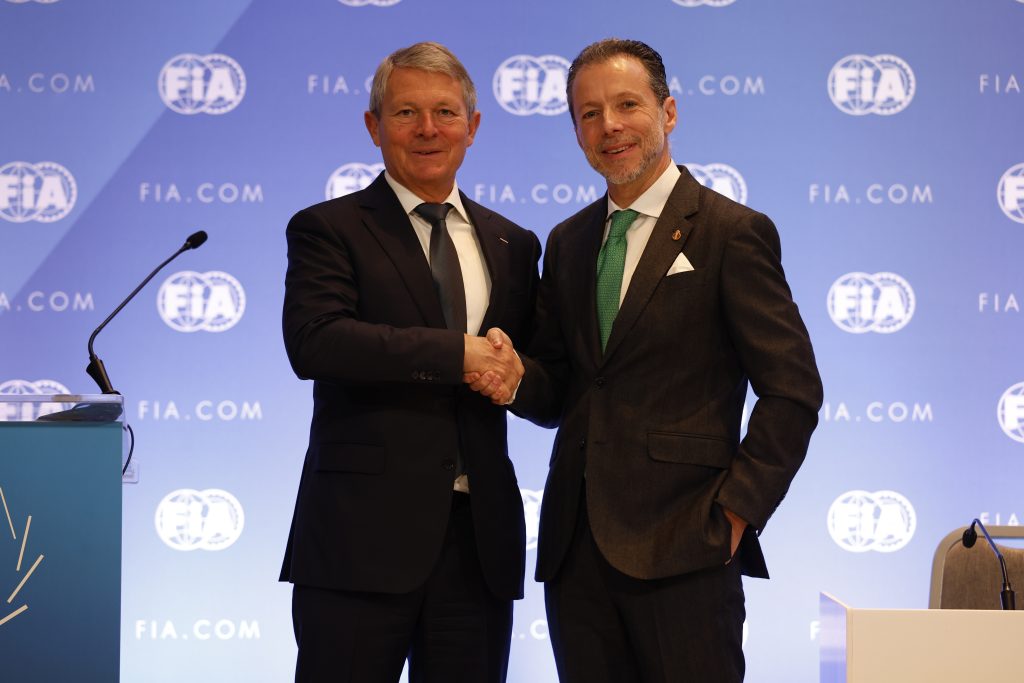 7 December 2022 – Today, the FIA Region I plenary assembly in Bologna, Italy, has elected Mr. Jorge F. Delgado as the new FIA Region I President for Europe, Middle East and Africa. Mr. Delgado will be the Region’s president until spring 2025. Already serving as a member of the FIA Region I Management Council and the FIA World Council for Automobile Mobility and Tourism, Mr Delgado is the CEO of the Royal Automobile Club of Spain (RACE).

A telecommunications engineer by trade, Mr. Delgado has executive diplomas in General Management from the IESE business school, and Artificial Intelligence from the MIT Sloan School of Management. On top of his responsibilities as RACE’s CEO and other roles within the FIA, he currently serves as Vice Chairman and Chairman of the Advisory Board of the ARC Europe Group, is a Trustee of the RACE Foundation, and sits in the governing bodies of the United Nations Institute for Training and Research (UNITAR) – CIFAL Madrid Centre, and the executive and governing bodies of the Jarama racetrack.

Responsible for leading and representing the best interests of Member clubs across the Region, Mr. Delgado stated, “My priorities will be to strengthen the voice of the user within the context of the mobility transition, driving regulatory and private sector engagement, while driving and facilitating Member Clubs’ growth across the Region. This, in close cooperation with the members through the Plenary Assembly, Management Council and Presidential Board.”

Mr. Delgado has more than 10 years’ experience in executive roles within global blue-chip multinationals in 4 continents, coupled with a 10-year tenure as RACE’s CEO & CIO where he both drove 250% growth and established RACE’s position as the foremost motorist advocacy and road safety institution in the country. This background provides him with the international multi-cultural perspective and the know-how to lead sustainable growth within the Region during the current mobility transition.