A project that aims to elevate connected mobility pilot to business solutions. 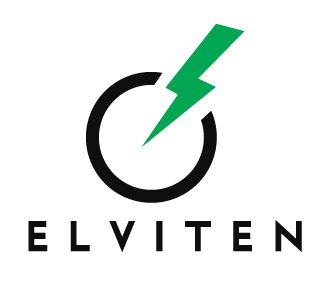 A project that boosts the usage of electric two-, three- and four-wheelers in urban environments.

A project to orient the consumer towards the most energy efficient low polluting vehicle.

AUTOPILOT was a European project that brought together relevant knowledge and technology from the automotive and the IoT value chains in order to develop IoT-architectures and platforms.

CAPITAL was a European project that aimed to create a collaborative capacity building community and deployment programme to support public and private stakeholders implementing cooperative and Intelligent Transport Systems (ITS & C-ITS) with training and educational resources, while also raising awareness of the services and benefits available.

CARTRE is a European project that aims to accelerate the deployment of connected and automated road transport. Its work have been taken over by a new EU Project ARCADE.

UDRIVE is the first large-scale European Naturalistic Driving (meaning that the behaviour of road users is observed unobtrusively in a natural setting) Study on cars, trucks and powered-two wheelers. The acronym stands for “European naturalistic Driving and Riding for Infrastructure & Vehicle safety and Environment”.

Prior to the 2014 European elections the FIA Region I developed 6 mobility priorities which, according to the organisation, belonged in the spotlight of MEPs’ re-election campaigns and platforms. As part of the campaign mobility users called on MEPs to:

• Work towards improving vehicle connectivity in the future, while fully respecting motorists’ freedom of choice and ensuring the existence of an open and competitive aftermarket for connected services.
• Create the right conditions for the wider deployment of cleaner vehicle technologies and fostering user awareness via dedicated European projects.
• Offer life-long learning opportunities for all road users, with specific focus on vulnerable groups.
• Concentrate efforts on raising the awareness of end users about road safety.
• Ensure that motoring remains affordable via liberalised aftermarket for visible spare parts and stricter control over odometer tampering.
• Invest European funds and earmark taxation revenue in proper road infrastructure maintenance in order to safeguard European growth and good road safety record.

iMobility Support is a three year project which will support the deployment of intelligent mobility in Europe by assisting with the work of the iMobility Forum. The FIA is a project partner.

A new EU project with the aim of proving the benefits of cooperative systems and deployment services for road users to increase road safety and energy efficiency, while reducing the level of congestion in road transport, was launched on 28 January 2013. The Compass4D is a co-funded EU project, and the FIA is supporting the initiative as a project partner.

The METPEX project will develop an inclusive passenger experience measurement tool for European transport providers, passenger groups and municipalities validated through its use across 8 sites of varying transport complexity. For many, the perception and reality of public transport does not encourage use, especially when multimodal forms of transport are needed. The FIA is a project partner.

FOTsis (European Field Operational Test on Safe, Intelligent and Sustainable Road Operation) is a largescale field testing of the road infrastructure management systems needed for the operation of seven close-to-market cooperative I2V, V2I & I2I technologies (the FOTsis Services), in order to assess in detail both 1) their effectiveness and 2) their potential for a full-scale deployment in European roads. The FIA is a project partner.

Promoting intelligent vehicle systems for efficient mobility. The FIA is leading the coordination of the project which will demonstrate the benefits of safe, smart and clean mobility through new Intelligent Transport System (ITS) solutions.

HeERO is an international project, supported by the European Union, that aims to help EU Member States in preparing pilot sites for the deployment of eCall in 2015. The FIA is a project partner and will contribute in the dissemination phase together with Clubs. The HeERO consortium is currently testing and validating, in real-condition pilots, the common European eCall standards defined and approved by the European Standardisation Organisations. The project is partially funded by the European Union under the ICT PSP programme.

Electric Vehicles (EV) are underutilised due to their limitations and lack of people’s confidence towards this transport mode. To encourage the use of EVs as part of everyday life smartCEM will run pilots for five advanced Electric Vehicle (EV) mobility services based on information and communication technologies. The FIA is a project partner.

Through EuroTest, 18 automobile clubs in 17 countries, members of the FIA, have been putting the quality and safety of mobility in Europe to the test since 2000 for the benefit of their members and all mobile consumers in Europe. The EuroTest partners have constantly called for a Europe where the mobile consumer can circulate freely using quality infrastructure and in safety.

EuroTest partners formed the EuroTAP consortium under the coordination of the FIA Brussels office in order to focus only on further improving tunnel safety.EuroTAP 2005-2007 tested 150 of the most important European tunnels.

The overall objective of the project is the European promotion of key eSafety applications towards policy makers and end-users such as warning and emergency braking systems, blind spot monitoring, lane support systems, speed alert, adaptive headlights, ESC and pan-European eCall.

The Ecowill project (Ecodriving – Wide-spread Implementation for Learners and Licensed Drivers) was selected by the European Commission, EACI (Executive Agency for Competitiveness and Innovation). The project led by the project coordinator – the Austrian Energy Agency started in May 2010 and lasts three years.

The ECOWILL proposal was designed to be directly relevant to the needs of national and EU governments regarding the reduction of both greenhouse gases (CO2 and NOx emissions, particulates) and traffic accidents.

The predecessor project “Ecodriven” has established a European network and knowledge base regarding the safe and smart style of driving.  It has brought ecodriving into the realm of the driving school curricula and the driver test. The Ecodriven has also laid the foundation for efficient, cost effective and successful short duration snack training courses. ECOWILL was the next step and will rolled out ecodriving snack training courses – short duration ecodriving training programs for licensed drivers in 13 European countries (AT, UK, FI, NL, GR, PL, CZ, HU, LT, HR, IT, ES, DE). The little amount of time that has to be spent on snack trainings and the relative low participation costs are good arguments not only to engage a large number of people but also reach additional target groups like fleet operators.

The FIA European Bureau was a Work Package Leader for specific dissemination of the project activities, results and outputs carried out for the whole duration of the work programme (36 months). Dissemination and exploitation was carried out at the European as well as national/local level and embraced the content and results of the ECOWILL project, including the nature and results of the activities in the different countries.

Field Operational Tests (FOT) are large-scale test programmes aiming at a comprehensive assessment of the efficiency, quality, robustness and acceptance of ICT solutions used for smarter, safer and cleaner and more comfortable transport solutions. The FIA is a project partner.

Building on the principles outlined in the FIA MakeCars Green declaration, unanimously adopted by the FIA’s General Assembly, Make Cars Green outlines how policy makers, industry and consumers can all play a constructive role in the future.

The iCars Network contributes to the deployment of Transport ICT technologies (or ITS – “Intelligent Transport Systems”) by exchanging knowledge and experience on these technologies among a wide variety of stakeholders on a number of specific topics.

The Network is formed by thematic groups which will identify and invite relevant organizations and experts, organise a number of information exchange and consensus building events, and issue material and a report on the present state of play, availability of methods and technologies, obstacles, policy recommendations and a road map in the case of energy efficiency.

ChooseESC! is the first campaign launched by eSafetyAware!. The campaign focuses on Electronic Stability Control (ESC), a technology that has proved highly effective in preventing skidding, and has been hailed the greatest road safety innovation since the seatbelt.

ESC becomes active when a driver loses control of the vehicle. ESC identifies the risk of a skid at an early stage and uses the vehicle’s brakes to steer the vehicle safely back on track.

Cars today are much safer that they were 10-15 years ago. Now we are protected by crumple zones, seat belts, and air bags. These systems help when a crash happens. New technologies like Electronic Stability Control or ESC are now available that can help avoid the crash from happening at all.

At least 40 % of fatal road accidents are the result of skidding. Studies show that ESC could reduce skidding accidents by up to 80%.

The effectiveness of ESC is now well established by independent research in Europe, Japan, and the USA. In the European Union it is estimated that ESC could avoid 4,000 deaths and 100,000 injuries. ‘Choose ESC’ is a European wide campaign that provides independent advice to car buyers. It has been launched by ‘eSafetyAware!’ a public private partnership committed to promoting intelligent vehicle safety systems.

eSafety Support actively assists transport stakeholders in their efforts to increase public awareness of the enormous impact intelligent vehicle safety systems, so called eSafety systems, can have on road safety. The eSafety initiative brings together the European Commission, public authorities, industry and other stakeholders in a drive to accelerate the development, deployment and use of eSafety systems. The main aim is to contribute to the European Commission’s 2001 goal of halving the number of fatalities on Europe’s roads by 2010.

eSafety Support stimulates and monitors the activities, progress and results generated by the eSafety initiative by offering support to the eSafety Forum and its Working Groups and disseminating results to all stakeholders.

eSafety Support devises and maintains a system for monitoring the progress on each of the 28 eSafety priority recommendations through close cooperation with the eSafety Forum Working Groups, R&D projects and other contributing activities. eSafety Support is responsible for building a knowledge base and providing a synthetic overview and executive “state-of-work” in key thematic areas covered by the eSafety initiative.

The specific objectives are to:

The objective of the ECODRIVEN project is to initiate, establish and implement a synchronised Europe wide eco-driving campaign in ten EU countries.

It aims at avoiding the emission of 0.5 million tonnes of CO2 until 2010 through optimised driving behaviour, at reducing the number of traffic accidents and at establishing a European network of local and regional collaboration.